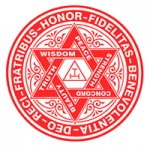 The Supreme Grand Chapter of Royal Arch Masons of England

The Supreme Grand Chapter is the governing body for Royal Arch masonry in England, Wales and the Channel Islands.

Chapters at home are grouped as a Metropolitan area or Provinces (based on the old Counties) and Chapters overseas are grouped in Districts. Metropolitan, Provincial and District Grand Chapters are ruled over by a Grand Superintendent who is appointed by the First Grand Principal as his personal representative for the particular area.

The allegory of the exaltation ceremony is based on the Old Testament telling of the return to Jerusalem from the Babylonish captivity to rebuild the city and temple. In clearing the ground of the original temple for the foundations of the second temple, the candidate makes a number of discoveries which emphasise the centrality of God to man’s life and existence and, without transgressing the bounds of religion, lead the candidate to a consideration of the nature of God and his personal relationship with Him, whatever his religion might be.

In England, the Royal Arch is considered to be the completion of “pure ancient Masonry”. In the Craft the candidate is presented with a series of eminently practical principles and tenets which if he practises them he may hope to live a life pleasing to his God, however he worships him, and of service to his fellow man. But man is not simply a practical being, he has an essential spiritual aspect to his nature. That spiritual aspect is introduced in the Third Degree, in which the candidate is led to a contemplation of man’s inevitable destiny, and becomes the central message of the Royal Arch. In that sense, “pure ancient Masonry” can be seen as a journey of self – knowledge and discovery with the Royal Arch completing the practical lessons of the Craft by a contemplation of man’s spiritual nature, not replacing but reinforcing and supporting what he has learned from his religion.

The Provincial Grand Chapter of Warwickshire

At the end of the year 2010, in this Province of Warwickshire we have 63 Chapters, meeting at 19 different locations with a total of 1500 Companions who subscribe to membership of one or more Chapters. Worldwide there are probably in excess of 1.0 million Royal Arch Companions. The Order of the Holy Royal Arch is said to be the completion of Craft Masonry because we complete the Master Mason’s degree and recover what was missing from that ceremony. It has, however, a far deeper meaning. In the symbolic sense, the three Degrees correspond to our passage from darkness to light, our progress from ignorance to knowledge and understanding, and loss with the promise of recovery. The Royal Arch is consequently an integral part of Craft masonry because it completes the symbolism by making good the promise of recovery. If you are interested in joining the Royal Arch, then you can contact us and we will put you in touch with a local chapter.

The United Grand Lodge of England

The United Grand Lodge of England (UGLE) is the governing body for the majority of freemasons within England and Wales with lodges in other, predominantly ex-British Empire and Commonwealth countries outside the United Kingdom. It claims to be the oldest Grand Lodge in the world, by descent from the first Grand Lodge formed in London in 1717. Together with the Grand Lodge of Ireland and the Grand Lodge of Scotland they are often referred to, by their members, as “the home Grand Lodges” or “the Home Constitutions”. It currently has has over a quarter of a million members meeting in over 8,000 Lodges. The headquarters are at Freemasons’ Hall, Great Queen Street, London WC2B 5AZ.

The Provincial Grand Lodge of Warwickshire

The Provincial Grand Lodge of Warwickshire currently has 4,100 members meeting in 190 Lodges at 17 different locations throughout Warwickshire. The headquarters are at The Clarendon Suites, 2 Stirling Road, Edgbaston, Birmingham B16 9SB.

The Official Journal of the United Grand Lodge of England